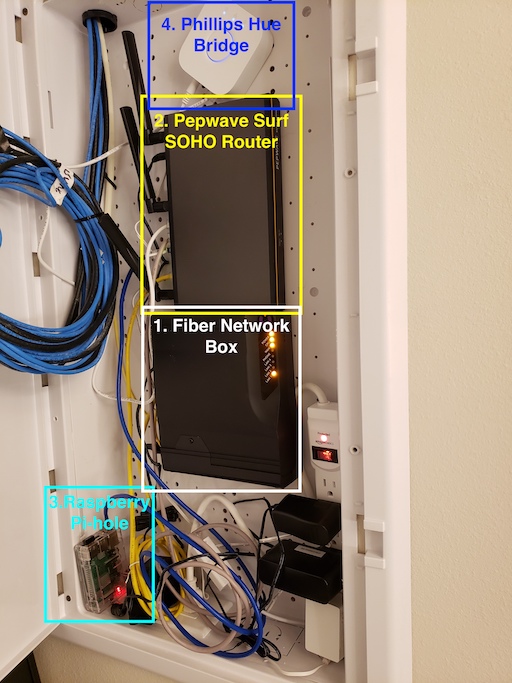 For all the nerdy networking folks out there, this is an overview of my home networking setup (picture included).

I am fortunate to live in an area where Fiber Internet is offered. The posted speed from my ISP is 300mb/s. I mostly stream sports via YouTube TV, watch informational videos on YouTube, and perform work-related activities (e.g. git clone, npm install, etc.), which is not network intensive. The speed is plenty for my needs.

The Network Box is the junction point where the internet becomes consumable. The fiber cable is feed in and the box itself functions as a router. This was provided by my ISP.

The Pepwave Surf SOHO Router is a great “professional-grade” router for home use. Peplink, the company that creates the router, provides frequent firmware updates. The wifi range is wonderful, easily covering my largish apartment.

Pi-hole is a DNS server proxy that returns Not Found when a DNS query is ran for a known advertisement URL (stored and configurable in Pi-hole as ad lists). This DNS server proxy setup is formally known as a DNS sinkhole. When configuring the router to use Pi-hole as the DNS server, it basically functions as a network-wide ad blocker. 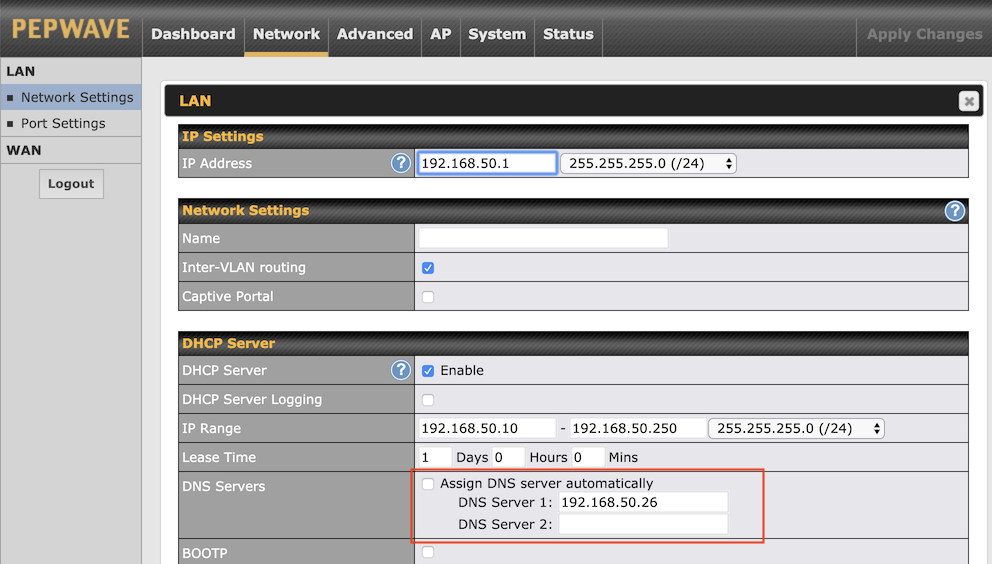 The problem with browser ad blockers is that they have to be installed within each browser instance and some browsers, e.g. Chrome on Android, do not support them. By using Pi-hole, you get the benefit of browser ad-blockers across the entire network without the need to install any additional software.

The Phillips Hue Bridge controls the Hue lights in my apartment. Awhile back I was having problems with my sleep, which seemed to be circadian rhythm related. One of things that has been helpful is setting the light level to “Energize” in the morning and “Dimmed” at night.

It’s not highlighted in picture, but I also use the AmazonBasics Surge Protector Power Strip as a cheap and effective way to provide surge protection to the whole setup.